With the ability to liquify 20 lbs off in Photoshop, shine up eyes to oblivion and make skin more perfect than Barbie, sometimes capturing the image in your camera is just a tiny fraction of the work that can actually go into producing a magazine-esque portrait.

Before I knew anything about photography, my husband and I had our yearly photo sessions with a popular studio photographer in our city. He covered my pregnancies and our growing family year after year. I have a little birth mark on my lip. It’s kind of like a little bump you get when your purse your lips. When we got our first images back, I was so oblivious to the process of photography and editing that I thought I looked amazing and didn’t ever consider the fact that it was done in Photoshop. I just figured that I actually looked that good or that he just had a really good camera. Until I noticed that my birth mark was gone. I don’t mind my birth mark. It’s part of my face, not a temporary intruder like a zit or a bruise. But no one had asked me if I wanted it removed.

In the end, I didn’t mind enough to say anything, but it’s the example I think about when a reader posed me with the question that inspired this post: are our clients prepared for their transformation?
I know that not all photographers go for a hyper real, super edited look but even the most simple of adjustments can either thrill or annoy your client. Here are a few examples of my retouching techniques:

If I’ve said it once, I’ve said it a hundred times: expectation management is the numero uno most important thing to establish for resulting in happy clients. If they can clearly tell what you do and what they can expect by looking at your portfolio and website, then they won’t be surprised with the results of their session (as long as you haven’t deviated from your usual style). Obviously, they won’t know that you’ve removed imperfections from someone’s face, but they will probably notice that everyone looks pretty darn good through your camera. You might even be so brave as to add a little B&A somewhere on your website (like the FAQ section) to show people how fab you can make them look if they hire you!

Now, there are a million-and-one things you can talk to a client about in your pre-session consults. Location, wardrobe, style. And if you want to add another item to that list, you could talk about their feelings towards retouching. However, be careful…because like I mentioned in a post on dPS last week, you might want to carefully reconsider bringing up the word ‘Photoshop’. The instant you do, folks will light up with the possibilities of a Kim Kardashian-esque transformation and before you know it, you have a gigantic list of things they’d like you to take care of in your magic computer. Instead, talk to them about their body image. Ask them what they love about themselves and what they don’t love (but don’t make promises about fixing them). If this doesn’t come up naturally in conversation, it might happen during the session somehow and if it never does, don’t worry. Just follow your instincts.

I find it particularly helpful to pay close attention to your clients’ reactions during the viewing session. If they look confused, twist their face with distaste or mention that they don’t look like themselves, you can tell them that you did some light retouching and let them know that it can be re-worked in the prints that they actually want to purchase if they weren’t happy with their transformation.
We’re so lucky to be living in this technological age. We have every tool imaginable at our disposal for producing flawless, amazing and life-changing imagery. Sometimes, it’s best to leave things raw and real, sometimes you can go to town making a client look flawless. Test the waters and see what happens and remember…there’s always ctrl+z to fall back on! 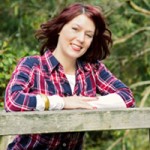 About the Author: Elizabeth Halford is a professional photographer and blogger in Hampshire, England. She owns Glacier Cake Photography and a blog for photographers. Elizabeth is a second generation home educator and is, regrettably, quite addicted to Facebook.